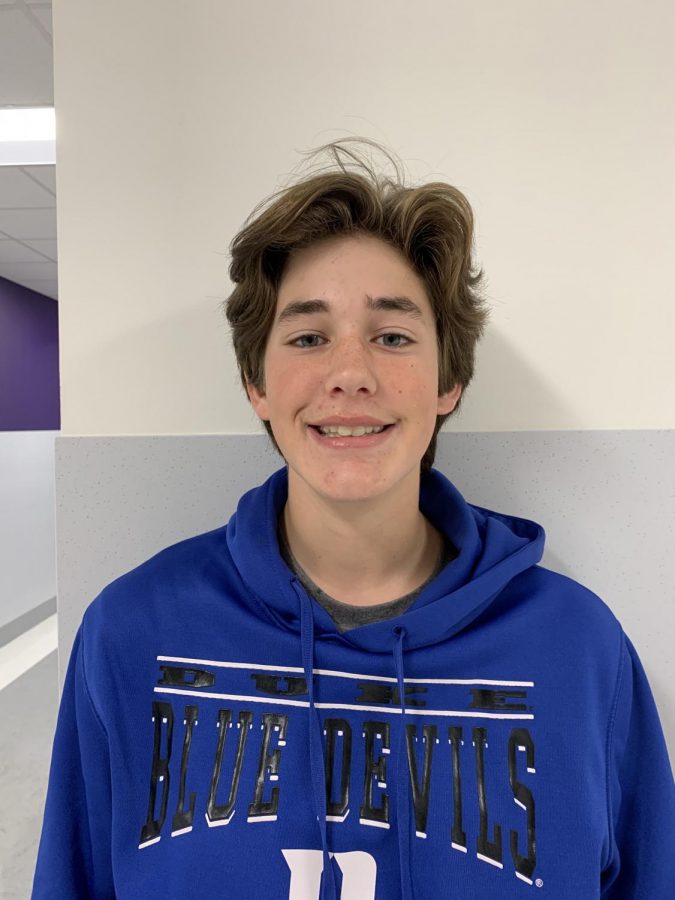 “I would say the happiest moment in my life was probably winning state last year for football. It was a really good moment it was really nice and indescribable because everything happened so fast, I didn’t really know what was going on…The beginning of the game it was very nerve wracking because it was a big stage but it was also cool to be there. During the end of the game, when we were winning by a lot I kind of knew and Stewart Dove got an interception that was kind of like when everything came together, that we were actually gonna win, it was surreal…For the seniors losing the year before, it was the payback or the revenge story that they got…It was very energetic, a lot of chaos was going on, Gatorade was everywhere and water went everywhere it was really cool to be a part of it, just to see how happy everyone was at the end result.”