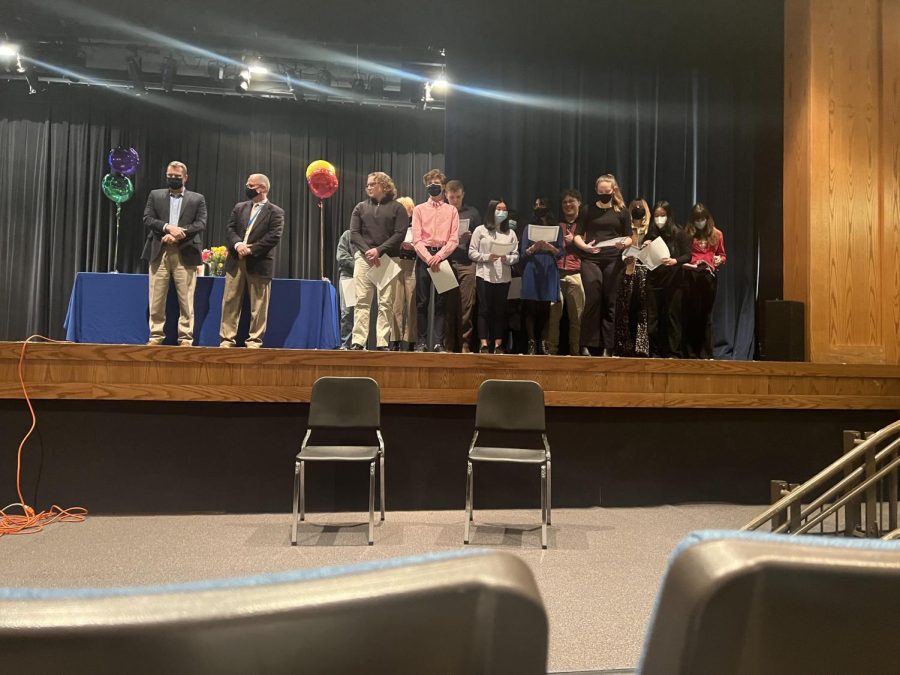 “The guest speaker talked about his cross-cultural experiences during his time in Iraq,” junior and new inductee Owen Stout said. “I got the impression that he really cared about culture, and he had a well-developed opinion on the lives of different people.”

After introductions, the lighting of the candles for each society and induction commenced.

“[The lighting of the candles] symbolizes that people who are able to speak a foreign language can bring a light into certain places where that language is not common,” sponsor and German teacher William Layher said. “If there is light more people can see, and so when you are speaking a foreign language you are bringing a new light.”

Due to Coronavirus, a virtual induction ceremony was held last year. Therefore, the in-person ceremony was a special experience for both old and new members.

“We didn’t have a rehearsal so I didn’t know what to expect,” senior and Delta Epsilon Phi president Anika Speicher said. “But I think it went pretty smoothly. I feel confident about leaving the society in the hands of the new members.”

“We want to bring an alpine horn player,” Layher said. “Alpine horn is a traditional horn instrument in the mountains. It’s 15 feet long and you blow it like a tuba.”