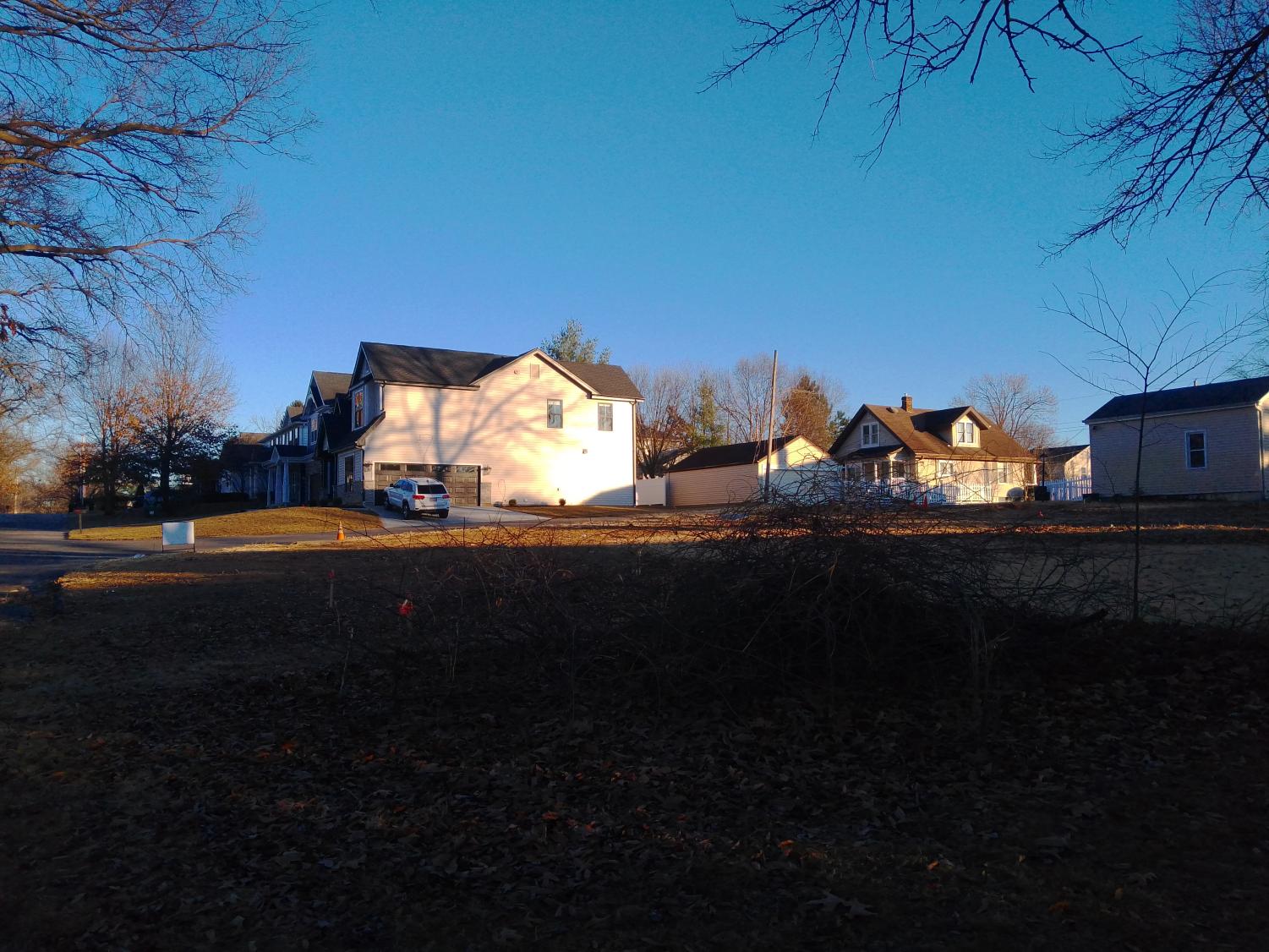 The construction that replaced my “treehouse.” All that remains is a pile of branches and a new sapling. (Allen You)

The construction that replaced my “treehouse.” All that remains is a pile of branches and a new sapling.

A tattered lawn chair, a hammer and a few pieces of plywood disappeared from my childhood equivalent of a treehouse at an unknown time. Actually, that entire place is now gone, along with everything in it, at least since December, the last time I passed by the place. I suspect the equipment has been gone for a few months prior, but I was too comfortable lounging in my house and not going outside to notice. And I’m too lazy to bother investigating the culprit. Such a low-cost crime cannot be prosecuted in court, I fear.

It wasn’t really a treehouse as much as it is a crudely built fort of sorts. Behind the houses across the street from mine were two lines of trees, which probably formed a nice ecosystem before Chaminade built its plus-size parking lot. These two lines of trees had a space in between them, and tucked in the closer line of trees was this divot of roots and branches that formed a space you could crawl through and sit in. There, my friend and I nailed plywood and staked our land in Sharpie: Fort Echo. We brought a lawn chair to sit in, because it wasn’t tall enough where even kids could stand in the space. Light passed through fine, but that also meant it wasn’t rain-proof, which we didn’t consider until the first drop hit us.

In the fort, we chatted about our life, built strange things out of the random assortment of leftover wood my friend had from his new bed frame and played whatever game we could think up at the time. Today, that line of trees is gone, cleared to make room for a new set of houses that I assume have great property value.

Continuously, we “develop” the land around us, replacing ecosystems of life with families of four and historical places with rows of ranch houses. Suburbanization is a steadfast nationwide tradition as ubiquitous as baseball, apple pie and gerrymandering. More than just housing and unequal opportunity, it also created a whole subset of suburbanites that have a unique political and social composition that we’ve hardly touched on thus far.

Picking up on where we left off, we can see the racial effects of suburbanization policies like the GI Bill. White homeowners became isolated in their own cul-de-sac bubbles, while black Americans were forced to stay in underfunded urban communities. This created the initial suburban identity, one with “ideals of localism, meritocratic individualism, home owner entitlement, and aversion to general taxation,” according to the Oxford Research Encyclopedia. Even though suburbs were essentially subsidized into existence, there was a prevailing notion that these comfortable, two-story homes were deserved, and thus any effort to strip them of their material goods became heresy. This thinking became the basis for a new era of conservatism.

But there were exceptions to the common postwar conservatism view. Contemporary studies show suburbia as breeding grounds for “a range of political players who embraced such wide-ranging impulses as environmentalism, racial liberalism, and feminism.” Suburbia wasn’t a monolith and it certainly wasn’t stagnant over time.

Ever since the late 60s, the suburbs have grown more racially diverse and better educated. Not only that, but women began entering the workforce, leading to greater opposition to the old domestic model of the suburban woman. Policies throughout the 60s, like the Hart-Cellar Act, Civil Rights Act and Fair Housing Act marked the beginning of a wave of immigration, job opportunity and housing inclusion.

At the same time, many suburbs remained enclaves for the “traditional” family model that we all know: the nuclear family of a working husband, a domestic wife and their multiple children. But over a longer period of time, extending into the 21st century, suburbs housed a more diverse set of family structures and even non-heterosexual relationships in a growing number of LGBTQ+ households.

Suburbs, once a setting of monotonous, monocultural white America, was becoming more complex, more diverse and because of that, more liberal. Tradition was replaced with modernity and nuance. Once a red bastion, that populus became increasingly blue.

The people, not the place

Though the makeup of suburbia drastically changed, the overall thinking still remained somewhat the same. Still, many suburbanites continued to maintain a hardline meritocratic justification for their place in the world. And still, any effort to strip them of their “hard-earned” resources faced serious opposition. NIMBYism, tax revolts, the War on Drugs and more spawned from a sort of suburban gatekeeping. Only those who earned their own two-story house could live in this cul-de-sac, which excluded those who suburbanites considered not of their own creed — black prospective homeowners, mainly — and validated their own claim to their property. And produced as well was a binary between the innocent suburban dweller and the “wild, violent outside world of the urban poor,” manifesting into policy with the War on Drugs.

Republicans (and some Democrats) capitalized (and continue to capitalize) on this growing fear that the outside world might encroach on their respective suburban utopia. Reagan, obviously, but also Trump in the 2020 campaign tried his hand at this fear mongering: “But suburban women, they should like me more than anybody here tonight because I ended the regulation that destroyed your neighborhood.”

Admittedly, it’s working less and less, but still we see the remnants of this thinking still reflected in certain policies. Suburbanites instituted so-called “snob” zoning where areas would guarantee high lot sizes and mandate single-family homes in order to prohibit multi-family homes and apartments. This essentially created an exclusive guild of wealthy and often, white residents in these neighborhoods. Beyond that, increased taxation remains contentious as ever in any form (most commonly: local property taxes). The suburban bubble, while reforming through new mixes of people, remains a concrete political setting in many ways, specifically because of the self-produced divide between those in and out of the bubble.

Dreams of homeownership brought postwar Americans to a new frontier, not westward, but instead outward from their previous urban centers. But of course, like previous versions of sprawl, it came with a hefty price in human life and wellbeing.

And even when new suburbanites settled into their new havens, it wasn’t necessarily the heaven they imagined. Green Day wasn’t the first, nor the last, to realize the static sterility of suburbia. Over the previous few decades, suburban glitter faded in the background of big city glamour. What is concrete now is the older generation’s suburban/urban split, one of urban poverty and suburban opportunity. But with a new generation, things are mixing up. The 2008 Great Recession, media criticism and general awareness of sprawl’s consequences all drove up skepticism over homeownership and the viability of suburban life, especially among millenials.

Just nearby, cities were diverse, dense areas often populated heavily with immigrants and black people (discriminated out of the original suburban experiment); they were hubs of social connection, communities of working-class people and affordable living. For much of the 20th century, these cities, like Detroit, Cleveland and Baltimore were given labels of “urban blight” and deterioration. But some cities survived such criticism and continued to shine a beacon of luxury while also maintaining a rich composition of ethnicities and people.

These specific communities, like Los Angeles and New York City, were sold out to wealthier onlookers as urban municipalities accumulated dense capital. According to David Harvey’s Rebel Cities, “The primary means by which [this surplus value] is appropriated in an urban context is, of course, through the extraction of land and property rents. A community group that struggles to maintain ethnic diversity in its neighborhood . . . may suddenly find its property prices (and taxes) rising as real estate agents market the ‘character’ of their neighborhood to the wealthy as multicultural, street-lively, and diverse.”

Instead of putting money back into these communities, profits were extradited to suburbs or spent constructing the sheer luxury of the city itself, offering a new image for these urban centers to outsiders. Many working class neighborhoods were marketed effectively as active sites of human experience, culture and color, a stark contrast to the boredom of the suburbs. And thus, once affordable living became increasingly difficult to maintain as property values in cities inflated. Cities hosted extravagance for millionaires as they pushed out poorer citizens with their rising costs of living.

There is then a new kind of migration between urban and suburban America that’s hard to pinpoint. On one hand, it could be argued that younger inhabitants are taking for the cities attempting to get caught in the winds of opportunity, marking the end of a generation of suburban life. After all, look how many millennials are flocking to areas like New York and Silicon Valley in search of a life external to their suburban one.

But on the other hand, it’s clear that suburbia is still attracting the attention of millennials, who are leaving the cities for a comfortable life elsewhere (think of movement from California to Texas) as they start families and look for more affordable lifestyles away from a city like Los Angeles’ absurd living expenses.

Perhaps it has much more to do with age and personal choice than it does politics, but we can see the outcomes of policies pushing and pulling various young people. For one, suburban life is just downright becoming undesirable. Liveliness, college, job opportunities and a host of other reasons are compelling younger people to want the New York, the Los Angeles or the Miami skyline. And the car-centric design of suburbs have become outdated for younger tastes and wallets, who see potential in city public transit and walkable destinations.

But it’s also undeniable that the absurd living costs of cities with inevitably high taxation are pushing older, financially established millennials away from this same city life that attracted them when they were younger. In some ways, the nature of cities and suburbs have remained the same, but the attitudes towards them have caused the relationship between the place and the people to change.

The cul-de-sac imagined in the 50s now serves an entirely different purpose than housing the growing wealth of white men. Some have “transformed into ethnoburbs that support the values and needs of new immigrants, some have spawned social justice movements, others are adapting to aging populations through innovative retrofitting,” according to the Oxford Research Encyclopedia.

The American landscape is one fractured and also blended by these changing landscapes. No longer are urban areas known for being notoriously underfunded and poor, they now house luxuries open to its richest inhabitants. Likewise, suburbs aren’t just stagnant monoliths as its composition continues to diversify.

Sprawl. When we couldn’t expand past our own borders, we took from within it. Promises of infinite growth now look more like impossibilities we forced into existence, unaware of the zero-sum nature of our actions. As we analyze closer to our modern world, the consequences of this come into focus, but also come all around us, coiling us so that we become hyper-aware.

A tattered lawn chair, a hammer and a few pieces of plywood disappeared from my childhood equivalent of a treehouse at an unknown time. Who’s the culprit? Is it the new neighbors, the developers, or is it the larger tradition that I could never hope to prosecute? It’s too tiring to contemplate, so I think I’ll retreat back home. 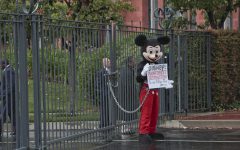 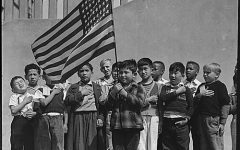 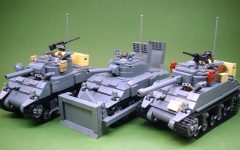 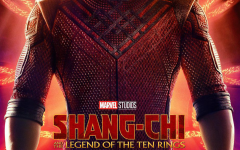 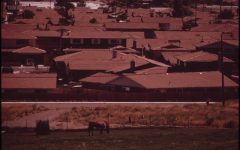 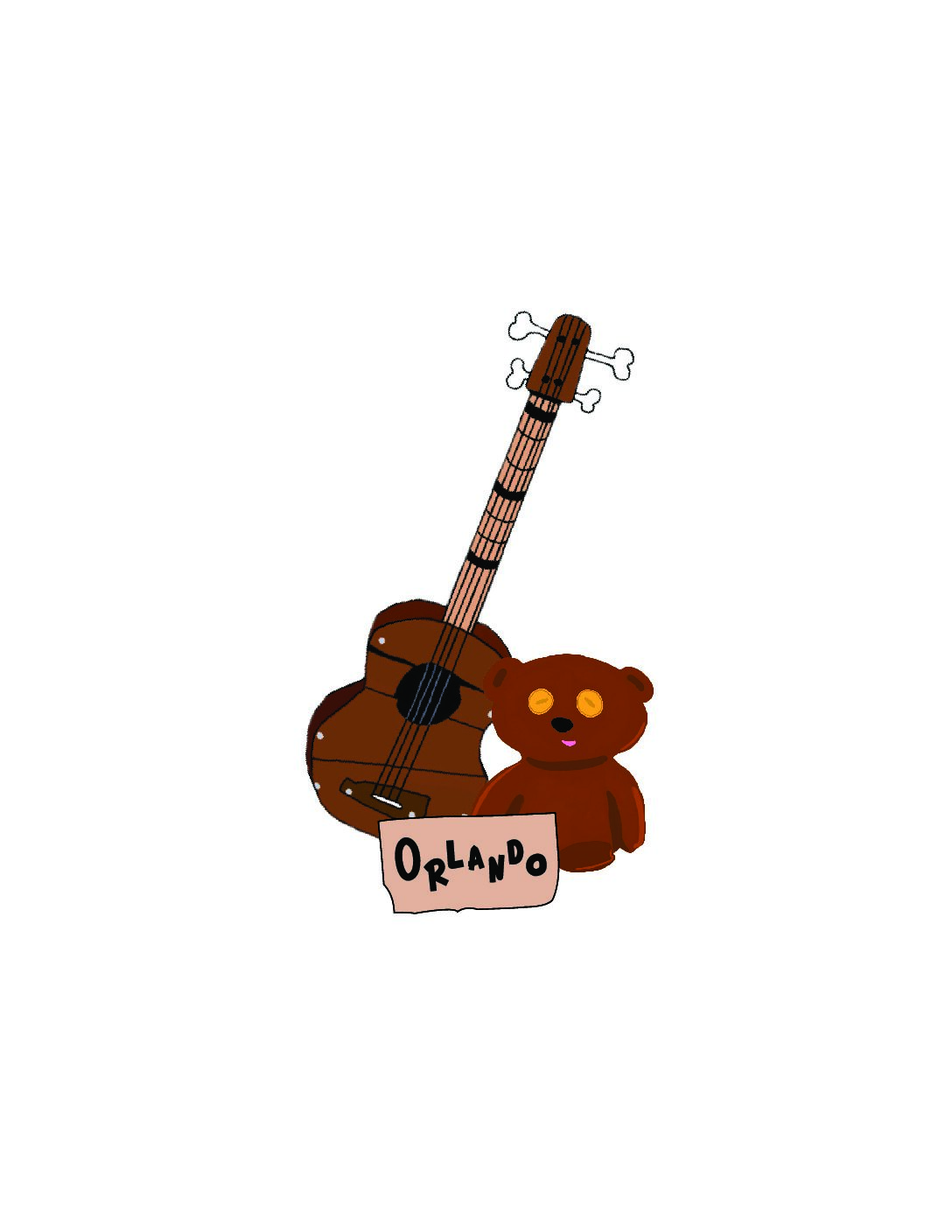 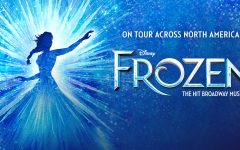 Frozen the Musical: a snowball of success that melts Frozen haters hearts 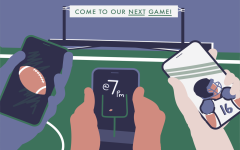