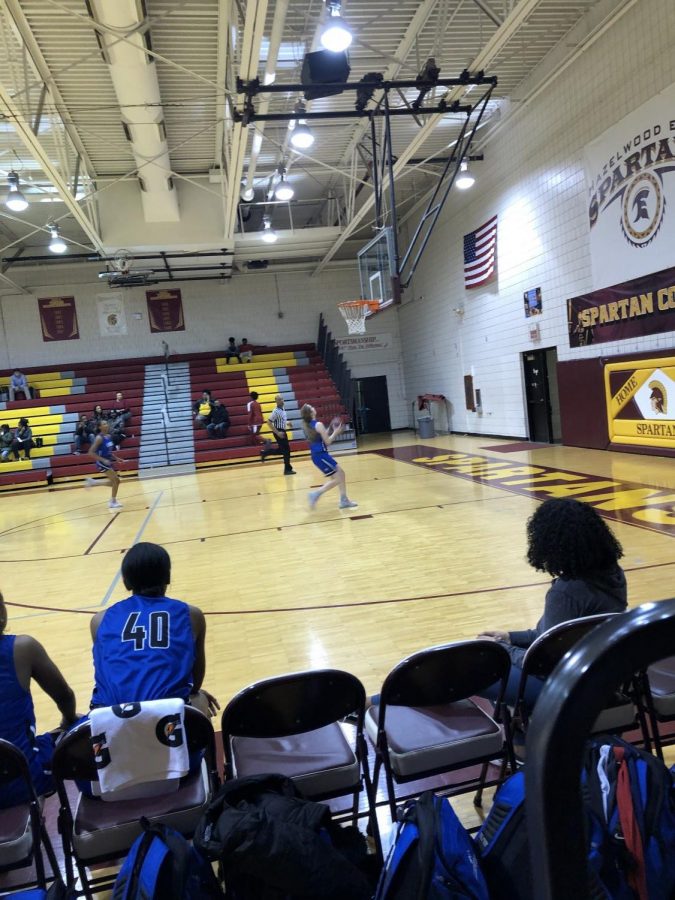 Surrounded by rhythmic beats of the ball hitting the hardwood floor, echoes ringing in the gym and the ref’s words getting blurred with the cheers of the crowd, varsity girls basketball athletes from Ladue and Parkway West vie for the win. But while for many of the players it was simply just another game, for Ladue senior Katie Minkler, this game on Jan. 10 was a bit more special.

This was the game where she hit her 1000th career point.

Minkler has been playing basketball for nearly as long as she can remember, and back then, it was more about having something fun to do.

“I’ve played since elementary school, probably first grade,” Minkler said. “To be honest, I think I started because my mom made me but I found it really fun so I continued.”

Eight years later, when she became a freshman Ladue Horton Watkins High School, she tried out many clubs and sports, but one of them, naturally, was basketball. This was when she realized that she could potentially hit 1000 points before graduating.

“After my freshman year, I realized that I was on track to reach a thousand career points, but I couldn’t know for sure,” Minkler said. “I did know that it would be a lot of work though.”

Currently, she is still in a few other clubs, and is the president of the Ladue Education Foundation (LEF) but a lot of her time is spent in basketball. Due to this dedication, she has become a critical asset to the team.

“Her shooting opens the game up a lot, the spacing on the floor.” One of the coaches for girls basketball, Coach Kendrick Robinson, said. “What helps a lot is when we’ve got someone that can shoot like she can and score like she does.”

In addition to her playing, her sportsmanship and positive attitude makes her a teammate that many can look up to.

There were a few roadblocks this year due to an unexpected concussion which caused Minkler to miss a few practices and games and in turn raised some doubts. In the end though, she had a spectacular return thanks to the extra effort she put in. Her commitment was finally shown quantitatively in the home game against Parkway West on Jan. 10.

“I think most of us knew she’d hit 1000 after a while in the game,” Robinson said. “There was a young lady in there guarding her real tight, but we ran a play for it, and she hit a three pointer. That was about her 25th point in the game.”

Ultimately however, Minkler accredits it partially to her team.

“Reaching a thousand career points was amazing, it made me feel really good but also my team was a big part of it. They encouraged me and gave me the ball and they helped me score. They just always support me, and I support them.”